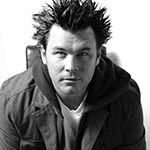 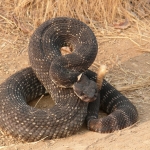 Before you look at the mugshot, yes they look like what you’re thinking. A couple of real winners were pulled over Wednesday morning for driving a stolen car.

What the cops found in the car doesn’t seem to surprise anyone who lives in Oklahoma, except for the radioactive powdered uranium that they were transporting.

Stephen Jennings, who has a suspended license was arrested for that as well as the stolen car. His passenger, Rachael Rivera, was taken in on a gun charge. 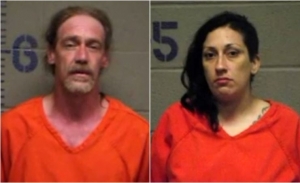 The rattlesnake that was in the back was in a terrarium, which isn’t a big deal because it’s rattlesnake season in Guthrie, Okla. Where Jennings, Rivera and the rattlesnake were going with their Kentucky Deluxe bourbon and radioactive uranium in unclear.