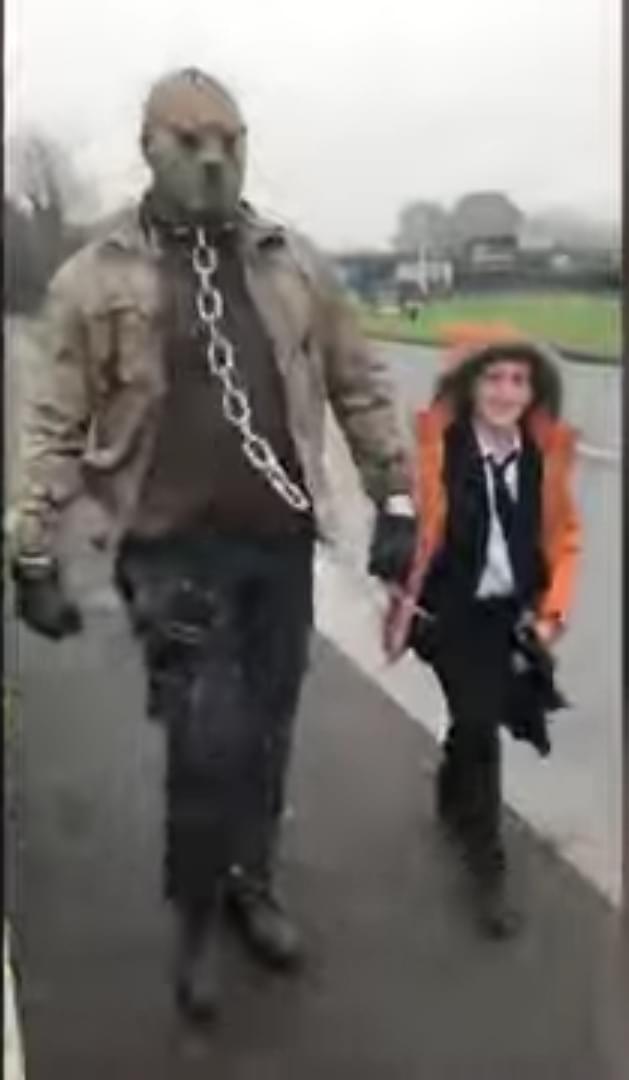 Every year parents scramble to find out with their children want for their birthday. Some kids are easier than others, Pokemon, All-American Girl dolls, video games, etc.

Then you have the kids who have no idea what they want. But then there is the child who has only one thing they want. That can be a good thing for a parent or a bad. Good, that parents only have to find one thing. Bad, when it comes to finding that 1 item which is normally not readily available.

Meet Carter Murphy. He only had one present in mind when his parents asked him what he wanted.

Carter wanted Jason Vorhees to walk him home from school.  Carter’s dad made sure he got the gift.

If you check out the story you will find that Carter walking hand-in-hand with Jason is a pretty big deal, as Carter has ADHD. (As a parent who has a child With sensory processing, this is a big step. Touch can be an extremely difficult hurdle for some children on the spectrum).

While Carter’s school forbid him to be outside the school doors, Jason to wait for him around the corner as he walked home. They spent the rest of the afternoon in Carter’s Room where carter showed off his toys. At the end of the evening, dad and son dropped Jason off in the city so he could go on a killing spree.