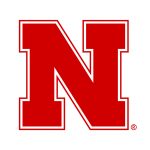 A dream start to the Will Bolt Era at Nebraska.

The Huskers(1-0, 0-0 Big Ten) started the game with five consecutive singles to spark a seven hit, 11 run inning. Nebraska sent 17 men to the plate as Baylor(0-1, 0-0 Big 12) was forced to use two pitchers to get through the inning. To complete the first inning dominance, Gareth Stroh pitched a one-two-three bottom of the inning.

The Bears scored in the second, third, fourth, fifth, and sixth innings to close the gap to seven, but the Huskers left no doubt as they tacked on seven more between the seventh and eighth innings.

Nebraska would roll to a 19-9 victory.

Stroh grabbed the win, pitching 5 1/3 innings with four strikeouts, one walk, eight hits, and five runs, four of which were earned.

Every Husker that registered an at bat scored in the game, with nine notching RBIs. Joe Acker and Luke Roskam led the team with three hits each.