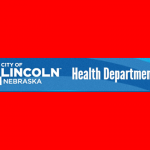 • A woman in her 20s returned from Mexico March 17 and self-quarantined. She developed symptoms March 19. LLCHD said her close contacts are also self-quarantined, and none have symptoms at this time.

• A woman in her 80s traveled to New Orleans March 6 and embarked on a seven-day cruise. She returned March 16, and both she and a family member in the same household self-quarantined. She developed symptoms March 18. LLCHD said she had no close contacts with others in the community.

The fourth case, reported late Friday afternoon, is a man in his 30s who had traveled to Colorado March 6 through 8. He became symptomatic March 12. LLCHD continues to investigate the case but said none of his identified contacts have symptoms at this time.

LLCHD is now monitoring 120 individuals due to their travel history or exposures. Lancaster County reports 228 negative tests and six positives with 16 cases pending at the Nebraska Public Health Lab. There are now 121 confirmed cases of COVID-19 in Nebraska and two deaths.