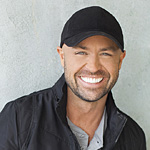 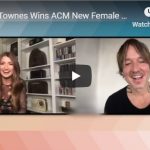 Congratulations to this year’s ACM New Artist Of The Year Award winners, Riley Green & Tenille Townes. The announcement came this morning after both were surprised by Keith Urban who also informed them that they’ll be performing during the broadcast on September 26th.

Keith Urban is going to host this year’s ACM Awards on CBS 8/7C.