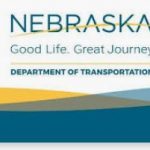 The Nebraska DOT reports that 24 people died on Nebraska roads during the month of August.

Twenty-four of the fatalities occurred in 23 crashes.  Eleven of the nineteen vehicle occupants killed were not wearing seat belts, four were using seat belts an four had usage marked unknown.

Sixteen of the fatalities happened in rural areas.  There were three deadly accidents on the interstate system, sixteen on highways and five on local roads.

Three of the fatalities were pedestrians, two were motorcyclists and one involved a train.