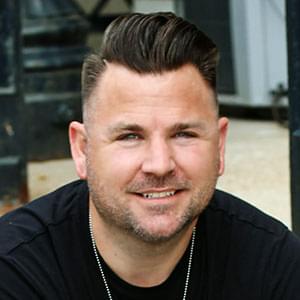 There are so many things in life that I truly enjoy doing like cooking/grilling, eating good food (who doesn’t); throw in some great beer, wine or whiskey, and some live music and I’ll be the happiest person on the planet. But of course, spending time with wife is my favorite.

Luke Combs took to social media this morning to announce that he was giving away 500 copies of his new album signed on vinyl. That announcement came after the fact that his record label was actually going to sell them, so he decided to buy them himself and give them away! GIVING away 500 AUTOGRAPHED copies…… END_OF_DOCUMENT_TOKEN_TO_BE_REPLACED

Morgan Wallen Live From The Ryman

Morgan Wallen released his new album “Dangerous” The Double Album and within days broke records on Apple Music and Spotify. To celebrate the release of his new album he had planned on playing a concert at the Ryman Auditorium which took place last night (01/12) and if you missed it or want to relive it…… END_OF_DOCUMENT_TOKEN_TO_BE_REPLACED

Friday’s at 5 pm we have decided to let you take control of your favorite country radio station, Froggy 98! We only choose the freshest songs and premium content for you to pick from. Pick 6 songs below and on Friday at 5 pm, listen to Froggy 98 to hear if we’ve picked your Pick…… END_OF_DOCUMENT_TOKEN_TO_BE_REPLACED

PRCA Rodeo Honors The Symbol That Unites Us!

Last night during the PRCA Rodeo which is hosting their Nationals Final Rodeo opening ceremonies Randy Houser helped honor the American Flag along with Kylie Frey who did a fantastic job of singing the National Anthem. I don’t know about you, but I sure got the chills. It doesn’t matter what side of the aisle you’re on or what…… END_OF_DOCUMENT_TOKEN_TO_BE_REPLACED

With 2020 coming to an end Google has released their list of top trending searches of 2020. I always find it fun to look at what people have searched for especially in a year like 2020. Here are the top 3 from some of the categories. You can see them all right here! Searches:  Election…… END_OF_DOCUMENT_TOKEN_TO_BE_REPLACED

Friday’s at 5 pm we have decided to let you take control of your favorite country radio station, Froggy 98! We only choose the freshest songs and premium content for you to pick from. Pick 6 songs below and on Friday at 5 pm, listen to Froggy 98 to hear if we’ve picked your Pick…… END_OF_DOCUMENT_TOKEN_TO_BE_REPLACED